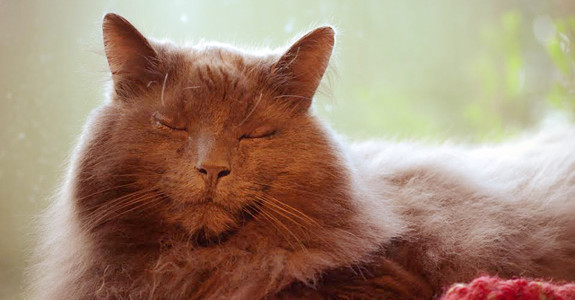 When we first met at the Salt Spring Island SPCA, you reached out from that cat tree you were on top of with a gentle but deliberate paw that caught my left shoulder and pulled me closer to you. There was no fear in you but you were so sad to have been abandoned. Your nose rubbed up against my chin as we both scented each other, immediate friends. I held you close and told you that you were safe with me at all times and could expect only kindness.

Two and a half years later, living with two other cats and having to share your two dads, we love you as you are and appreciate every cuddle, every nose rub, and that twirly thing you do when you are happy to see us. Thank you for reaching out that paw and claiming us as your people.